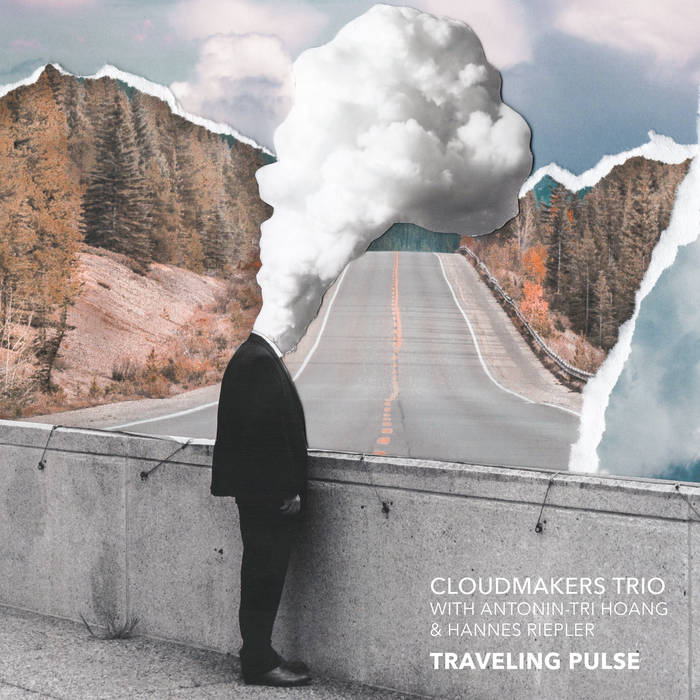 Vibraphonist, drummer and composer Jim Hart’s ascension, especially over the past decade, has been nothing short of remarkable. Much sought-after across Europe, he has worked alongside an illustrious roster of musicians including Stan Sulzmann, Sir John Dankworth and Dame Cleo Laine, John Taylor and Kenny Wheeler. Yet as bandleader, his own Cloudmakers Trio – with double bassist Michael Janisch and drummer Dave Smith – introduced a distinctly energized take on the traditional vibraphone ensemble.

Explaining the impetus for the progression, not least influenced by playing in larger line-ups with Marius Neset and Ivo Neame, Hart says: “The Cloudmakers Trio was partly an idea of setting myself a challenge, to match the fullness and texture of a piano trio; a kind of response to that with a vibraphone trio, writing with the same density – which I felt we really did achieve. Michael, Dave and I had gigged a lot, with the end of our 2015 North American tour feeling like a big punctuation mark. But we were still enjoying some great trio gigs. So, sensing it had much more of a future, I decided to expand the concept. Antonin had worked with Cloudmakers before, as a guest on a ‘Jazz on 3’ radio broadcast, offering fantastic improv through so many extended techniques; and I play with Hannes in Julian Lourau’s Electric Biddle, enjoying what he creates through pedals and loops.”

Significantly, Jim Hart chose to write away from instruments or electronic software, inspired instead by the environments around him as he traveled, and resulting in what he believes to be his most mature and honest work to date. “Once I knew who I was writing for, the music came very quickly, and it was so freeing to have all these ‘colors’ available. I found I could now share the responsibility of covering the harmonic and melodic elements, while affording each player room to express themselves.”

It was the immediacy of The Cloudmakers Trio’s vibrant first release (Live at the Pizza Express – Whirlwind, 2012) which presented him with the clear intention of recording another live album, Hart recalling: “The idea just jumped off the page at me as a great thing to do”. The breadth of sound is striking, with Hoang’s alto sax or clarinet on top, threading his distinctive reedy tones through, while Riepler offers an impressive range of guitar textures and electronic effects. That coalescence alone offers a very different dynamic to the more usual inclusion of piano, often conjuring a bewildering sonic mesh; but when merged with the synergetic drive of Hart, Janisch and Smith… that’s where the alchemistic reactions are sparked.

Animated conversations between Hoang’s alto and Riepler’s solo lines are prominent in ‘The Past is Another Country’, as are the mellifluous clarinet-and-guitar juxtapositions of lullaby ‘Golden’. Increasingly chattering ‘The Exchange’ reveals “an illusive resolution – a melody trying to get somewhere, but never quite does”, while percussively turbulent ‘The Road’ (a journey to Hart’s native Cornwall) excitingly showcases the new-found intensity of the five. Zawinul/Shorter-hued escalations characterise brightly chiming ‘Cycle Song’; and a complex “8 over 9 over 12” Ghanaian polyrhythm (which the vibraphonist mastered four years ago and can now summon instantly) infuses ‘Traveling Pulse’ with bewitching, mesmeric vigor.

Revelling in this new direction, Hart affirms: “I’m happy to have written some more expansive music, with all the richness that offers. It’s all typically propulsive, yet also abstract, picking you up on a conveyor belt of rhythm and taking you off on an Escher-like journey somewhere”.

​"​Travel​i​​ng Pulse​ ​succeeds in conveying a sense of cognitive assonance where Hart's imaginative charts merge seamlessly with virtuosic extemporisation from all five protagonists​."
★​★​★​★​​1/2 All About Jazz​

"Hart is without doubt one of the best vibes players around, and this album denotes a high water mark in his career."
★​★​★​★​​1/2 All About Jazz​

"T​hroughout there is an air of restraint with episodic, tangible excitement.​"
​Bebop Spoken Here

​"I​t’s the spirit of exploration that’s so exhilarating about this record​...​This is complex, sophisticated music​... ​The level of musicianship displayed is truly formidable​.."
Jazz Views

“The band maintains a sense of space yet adds tightly meshed textures and a great diversity in sound through the addition of two instruments.”
★★★★ Concerto Magazine

“A wealth of colour has been added to the palette with the trio’s expansion alongside the extra spontaneity and creativity from a live recording.”
Musik an sich

"It's Cloudmakers five as a cohesive group that strikes the listener most forcibly , the combination of Janisch's bass and Smith's drums providing the catalyst and chivvying propulsion."
Jazz Journal

"This richly complex yet rewarding album adds density and depth to Hart's compositions with the inclusion of Hannes Riepler and Antonin-Tri Hoang."
Citizen Jazz